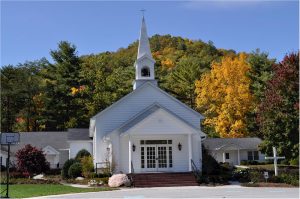 Christianity is the most followed religion in the world, and it is no different in the United States of America. 70.6% of American adults identify themselves as Christians. They are divided among more than 35 Christian denominations.
According to the “American Religious Identification Survey” conducted in 2001 by the University of New York, this is the list of the ten largest Christian denominations in America.

With a staggering membership size of 50,873,000, the Catholics are the largest denomination in America. Catholics are conducted by ‘The Roman Catholic Church’ which is headed by the Pope, currently held by His Holiness Pope Benedict XVI.

The Roman Catholic Church believes that the Jesus Christ himself founded it.