The major challenges experienced by Christians in the modern day world are newer, but still come up from time to time. Most of these sins were unheard of in the olden days and are also very different from what was considered to be sin in the 1960s’ socio-sexual revolution. Take note, however, that not every individual who appears on this article’s example of Christian leaders was a pastor or preacher for that matter. 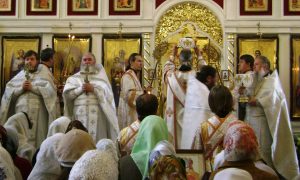 Slickly produced videos in the early 21st century indicated many Christian martyrdoms, handled and controlled by fanatics who claimed to act in the name of Islam. As such, this can be referred to as some form of a return of the medieval wars that initially existed between the two denominations. Our present day technology, therefore, allows millions of people to access such atrocities in a matter of hours.

At a time when a newly elected pope is determined to launch the redemption of the church’s moral, traditional teachings as well as establish an American free market, he is likely to experience much resistance from the very same church he governs. For this reason, Cardinal Raymond Burke prominently features on our list of the top ten Christian leaders in American.

Despite the fact that entertainment superstars and sports stars are not considered to be religious men and women. Their influence on the vast majority which is more than that of evangelists and pastors can’t go unnoticed. The reality TV series “A.D The Bible Continues” and “The Bible” produced by Roma Downey and Mark Burnett respectively, have managed to revolutionize the Christian entertainment scenes.

It is not surprising to find some stand-up comedians making faces on numerous lists of great Christians. They are more directed towards keeping their audience in an active and involved state, which is highly distinguishable from many other preachers and evangelists who become so dull in the middle of their sermons.

The internet is a powerful tool in the present day generation. The numerous books and eBooks downloaded on a day to day basis have far much greater influence than ever. Authors like Grace and Mark Driscoll target and reach out to millions of couple who are in troubled marriages without Christian evangelism. They feature on our list because they manage to reach out to those individuals who are being neglected by many present day ministers.

There exist some idea leaders whose political ambitions are driven by their Christianity to make a drastic impact on the people they lead. Alan Sears for example, of the Reagan Justice Department. The same applies to most other compelling preachers like Caldwell Kirbyjon, who started with a small congregation in a room to a magnitude that overwhelms a stadium.

In the modern day society, accepting Christ and committing sin are two independent practices that are determined just by sitting on a computer screen for a given period. In response to this, the new world is bringing up Christians and Christian leaders from least expected walks of life.